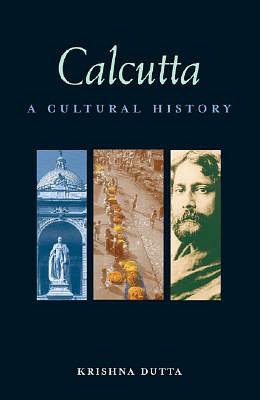 "In the popular imagination, Calcutta is a packed and pestilential sprawl, made notorious by the Black Hole and the works of Mother Teresa. Kipling called it a City of Dreadful Night, and a century later V. S. Naipaul, Gunter Grass and Louis Malle revived its hellish image." "This is the place where the West first truly encountered the East. Founded in the 1690s by East India Company merchants beside the Hugli River, Calcutta grew into India's capital during the Raj and the second city of the British Empire. Named the City of Palaces for its neoclassical mansions, Calcutta was the city of Give, Hastings, Macaulay and Curzon. It was also home to extraordinary Bengalis such as Rabindranath Tagore, the first Asian Nobel laureate, and Satyajit Ray, among the geniuses of world cinema." Above all, Calcutta (renamed Kolkata in 2001) is a city of extremes, where exquisite refinement rubs shoulders with coarse commercialism and political violence. Krishna Dutta explores these multiple paradoxes, giving personal insight into Calcutta's unique history and modern identity as reflected in its architecture, literature, cinema and music.